#InsideAT - Sina Kelbing: About the move to the AT DataHub in Munich

Relaxing after a day's work with a fantastic view of Munich's Olympic Park and having enough space to develop: These are the new offices of Alexander Thamm GmbH since the move on 30.10.2017 into the Sapporobogen 6-8 in Munich.

An open space concept with a four times larger area, more opportunity and space for collaboration with colleagues and clients as well as convenient accessibility by public transport - after several years in Silicon Schwabing, the move to the new premises is complete. After more than 400 successfully implemented projects, now more than 70 employees, more than 30 successfully completed Data Science Trainee Programmes11 awards won and a lot of cohesion and fun within the Teams A new era is now beginning with its own DataHub in Munich.

Sina Kelbing from the back office reveals how much planning and work went into it and what motivated the decision to move. She supported Mathias Thamm in the operational implementation of the project from the very beginning and actively helped.

When did the idea of moving to new offices first come up?

The first idea came up in December 2016, and we started actively searching in January 2017.

What were the motives for moving?

Alexander Thamm GmbH has grown steadily in recent years and so, of course, has the number of employees. The old office in Parkstadt Schwabing was bursting at the seams and the space for meetings or workshops was also limited. The new office is four times as large, so that much room for creativity and a good Working atmosphere is given.

How long did the search for the new premises take?

The search with the help of an estate agent took about 6 months from the first enquiry to the rental contract.

Sina Kelbing from the AT back office. Heroine of the move.

What criteria did the new office have to fulfil?

In terms of location, we wanted to stay in the north of Munich. Equally important for us were good transport connections and sufficient parking spaces. As far as the criteria for the furnishings were concerned, it was important to us that a shower was available and that we had an Open and flexible office concept can realise. The new office space was to offer a variety of different uses and, of course, a social area with foosball and sofas was not to be missed.

How much time did all the planning take?

The planning took about 5 months.

How did you go about managing the move?

I created a list of all important tasks in our project management tool Jira. This way we had the responsibilities and due dates all at a glance. In addition, Mathias and I regularly exchanged ideas and defined the next steps. Via our internal wiki Confluence, we informed the staff about the latest developments and also involved them in various decisions. For example, employees were able to submit landscape photos for the new office that they had taken themselves. There was then a vote and the 8 pictures with the most votes are now hung in various rooms on the 10th floor.

What is the spatial layout of the new office?

There are two floors: on the 11th floor there is the AT Café, two meeting rooms, a large workshop area and co-working offices. The large roof terrace is the highlight on the 11th floor. On the tenth floor are the various project teams as well as the internal departments, the social area and smaller meeting rooms.
The basement also offers a lot of space, so we will set up three different leisure rooms there. In the fitness room, employees can work out on several machines after a hard day's work, in the relaxation room they can relax or take part in an aikido course with Ina, and in the arcade area, gaming fans will get their money's worth.

Some impressions of the move and the new office:

Curious now? If you would like to take a look at the new office, simply send an e-mail to contact@alexanderthamm.com and make an appointment. 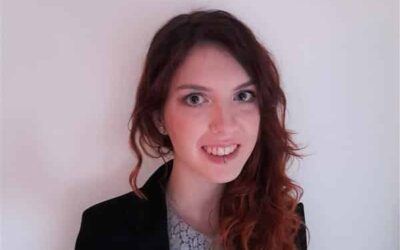 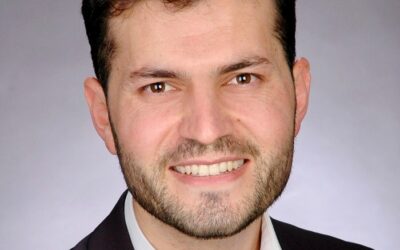