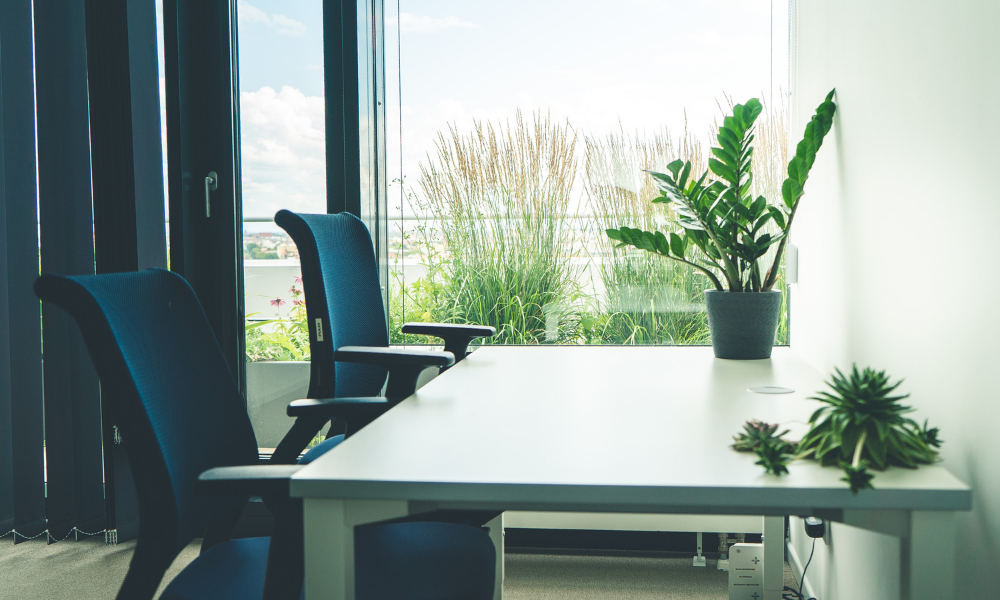 The Munich-based start-up, Alexander Thamm GmbH, has achieved what other founders are still dreaming of: five years after its founding, the data science consultancy has over 80 employees at its Munich and Berlin locations. Its clients include BMW, VW, E.ON and many other DAX-listed companies. At the beginning of the year, the young company moved into 1,300 square metres not far from the Olympic Park. Foosball, a separate fitness room and a panoramic terrace with a 360-degree view over Munich allow employees to take time out, exchange ideas as a team and recharge their batteries.

"Since supporting start-ups is very important to us, we have kept space in our Data Hub with a view over the whole of Munich free in order to offer modern and affordable coworking spaces in the state capital," explains Managing Director Alexander Thamm. On the eleventh floor, desks or even entire rooms can be booked by freelancers, start-ups or entrepreneurs on a monthly basis and used as coworking spaces.

The workstations include everything you need in an office: Instead of having to buy a desk with printer, photocopier etc. yourself, you can rent a fully equipped office with WLAN and telephone system and use the existing infrastructure.

A permanent workplace in the data.loft costs 450 euros per month. In order to access the premises, an access card is issued, which costs 40 euros one time. Alternatively, an entire office space with two workstations can be rented for 800 euros.

A few impressions of the coworking space and data hub in Munich:

Alexander Thamm founded his eponymous GmbH in Munich in 2012. The company is the leading data science consultancy in Germany and currently employs 80 people in Munich and Berlin. Alexander Thamm GmbH takes on the collection, analysis, evaluation and visualisation of data and builds recommendations for action for companies on this basis. Among its clients are half of the DAX 30 companies, including BMW, VW and E.ON.