What is Feature Extraction?

Feature extraction is used in image processing and pattern recognition. The start is made with the help of an existing data set, from which features and values are derived. These may not exist more than once, but must be informative. In addition, there are so-called generalisation and learning steps, from which
more concrete derivations and interpretations take place. As a rule, feature extraction is related to dimension reduction.

In this process, an attempt is made to bring a data set in the high-dimensional area into a dimensioned space, which is located lower. Important and relevant information must not be lost in the process. It may be that input data is too extensive and large for another algorithm. These can therefore no longer be processed. The determination and recognition of a so-called subset of the available initial features is often also declared as so-called feature selection.

The aim is to extract the relevant information for the selected features from the input data created. In this way, the targeted task can be completed with a reduced and compressed representation without needing the complete source data for it.

There are a lot of experts who swear by optimised feature extraction. For them, correct optimised feature extraction is the right key in terms of effective model construction. The results obtained can even be improved. Created sets of application-dependent features help in this process. In professional circles, this is also referred to as "Feature Engineering"declared. In addition, techniques for lowering the existing dimensionality are used alternatively. The following exist:

Image processing is a fundamentally important area of the application. Here, different algorithms are used to capture and also delineate different targeted features that are to be highlighted. This is used especially for video and image streams in the digital sector.

There are many software and data analysis packages that realise an adequate extraction of features as well as the reduction of dimensions. Special software solutions and development environments in the programming area offer simple techniques for extracting features and components. Popular are Scikit-learn, SciLab, Matlab or even NumPy. Also the Programming language R is also included there. The latter makes it possible to analyse the main components. This is done with the help of integrated execution commands.

There are also algorithms that are more specific and extensive, as opposed to add-ons or scripts available to the public. Usually, these are also made available by various third-party providers. Many of the software packages that are made available specialise in extracting certain features and functions. Many technologies, devices and also machines used in everyday life use software solutions where such processes run in the background. 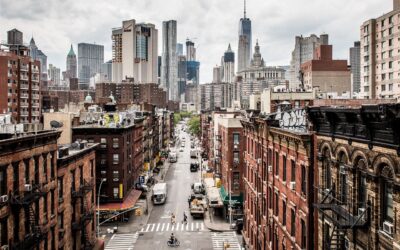 Digitalisation in SMEs: What you need to know
Sales forecasts with AI - one step ahead of the competition
Data visualisations: Rules - Approaches & Requirements